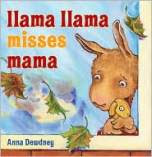 Leave a Reply to Debbie's World of Books Cancel reply