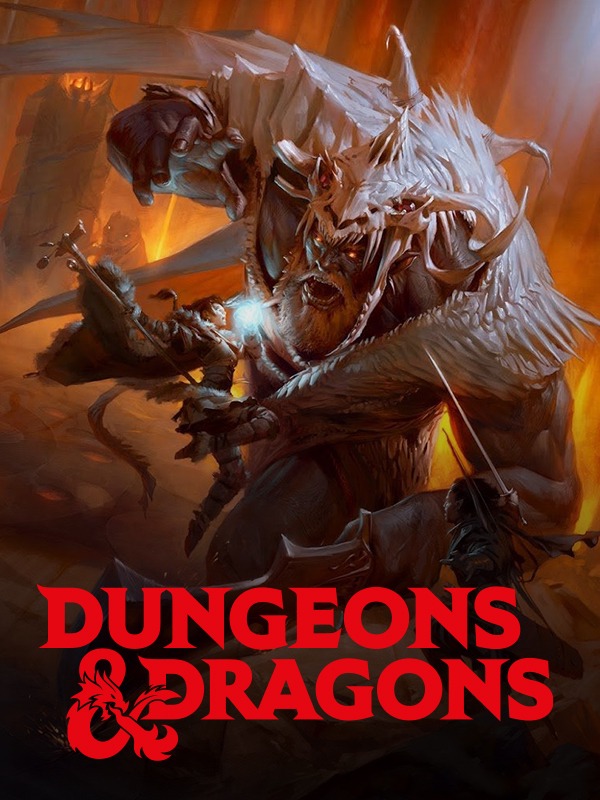 Dungeons and Dragons by Wizards of the Coast, (Created by Gary Gygax)
Format: Nonfiction
Who it’s for: Everyone

This is less of a review of a book as it is a review of a resource. The Player’s Handbook, along with the Dungeon Master’s Guide and the Monster Manual, make up the core books needed to play the popular tabletop game Dungeons and Dragons. D&D has recently been popularized by live series such as Critical Role and the Adventure Zone, featuring live games and intriguing personalities, and both of these have spawned graphic novels that we happen to carry. So what do you need to play outside of these core books? Some dice, a few friends (anywhere from 2 to 5 is recommended,) and a bit of creativity. You can also purchase maps, figurines, and other knick-knacks to spice the game up, in fact we have a 3D printer waiting to be used if you want to make some of your own!

Ever wanted to write your own story? You can! Featuring your friends as the main characters you can craft an adventure of any kind. You can be a warrior with a haunted past, a wizard seeking the lore of a long vanished civilization, a bard who has a penchant for finding trouble, or anything that you can possibly imagine. You can solve a murder, fight a dragon, or save the kingdom from the plots of an evil noble. Any story you can think of you can play! The library gives you a chance to try out something you may have only heard about before, a game that has spawned hundreds of novels, shows, and more. Celebrities from Vin Diesel and Joe Magnellio to Stephen Colbert and the Big Show are all avid fans of the game. I myself have run a number of games and continue to play it weekly. It’s been a passion of mine and has lead me to making a number of friends I’d have never met without it. We also have a number of authors with series influenced by their adventures or even officially affiliated, such as R.A Salvatore, Junot Diaz, and George R.R Martin (have you heard of Game of Thrones?) The game turned cultural phenomenon has been around for over 40 years now, and is now sitting on a shelf near you!