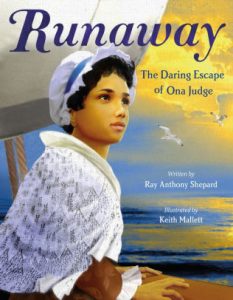 This book is based on a true story of a young woman who was born into slavery and taken from her mom when she was 16 years old. Ona Judge’s mom was one of Martha Washington’s slaves. When George Washington and his family were leaving Mount Vernon, they took Ona with them. She was initially a playmate for Washington’s grandchildren, then a personal servant to Martha.

When Ona was told that she would be a wedding gift to one of Martha’s granddaughters; a girl whom she had played with when she was ten, and the girl was seven, she decided to flee.

The author of this book uses rhetorical questions as a poetic way to recount the story of Ona’s escape, in order to emancipate herself. He asks the question, “Why you run Ona Judge?”

The vibrant illustrations in this book help bring Ona’s bravery to life.

This book is definitely a page turner!

Find Runaway in the catalog 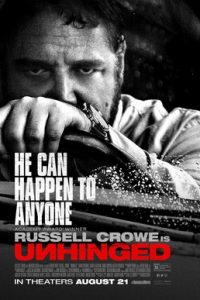 This psychological thriller shows road rage at its dreadful form. We have all experienced road rage at some point in our lives and Tom Cooper (Russell Crowe) takes it to the extreme. Rachel (Caren Pistorius) is running late to drop her son off at school and work, when she has an altercation with Tom at the traffic light. She blows her horn at him because the light turns green and he fails to react. Life has dealt Tom some bad cards and Rachel compounds his problems by doing that. He apologizes to her for not realizing that the light had turned green, and expects one from her in return. Rachel refuses to apologize and this sends Tom off the rails. He becomes hell-bent on ruining her life and taking away everything that she holds dear and goes on a maniacal rampage. He wants Rachel to know that her words and actions have consequences and he wants retribution!

This thriller touches on the different problems in society and the increase in people’s stress levels.

Find Unhinged in the catalog! 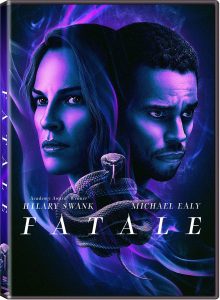 This thriller will keep you on the edge of your seat from the beginning to the end! Do you know that a night of fun can become the worst mistake that you have ever made? A sports agent who suspects his wife is unfaithful is encouraged by his friend to have a one-night stand. This night of pleasure leads to dangerous consequences. He becomes a victim of betrayal, from the people that he adores the most. Not only does the lady that he had the wild night with turn out to be a detective, she has various issues of her own! If you enjoy provocative and suspenseful, psychological thrillers, you should watch this movie!