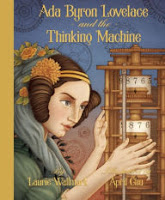 Ada Byron Lovelace and the Thinking Machine by Laurie Wallmark, illustrated by April Chu, tells the amazing life story of one of history’s most important inventors, that not many people have heard of, Ada Lovelace! As the daughter of Lady and Lord Byron (the famous poet), Ada grew up with a love and passion for math and science, however she was troubled by poor health. She did not let that stop her though. She continued to invent, learn, and explore, despite her health problems, and as an adult she continued to pursue her interests in math and science, despite it being the popular belief at the time (the early 1800’s) that these were not appropriate pursuits for women. She impressed famous mathematician Charles Babbage. He invented the first mechanical calculator, the Difference Engine, and he and Ada collaborated on plans for the first mechanical computer, the Analytical Engine. Ada created the algorithm, or instructions by which the computer would solve complex problems, essentially making her the world’s first computer programmer! See this book listed in our catalog 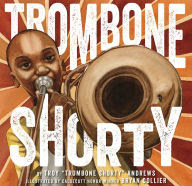 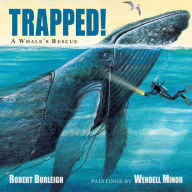 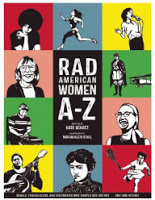 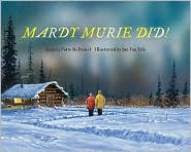 Mardy Murie Did: Grandmother of Conservation by Jequita Potts McDaniel, illustrated by John Van Zyle. The questions asked in poetic form in this story lead children to look for and see the beauty of the land and animals found in the wilderness of Alaska, Wyoming, and other regions. Did you ever see a thousand caribou, a wolf wild and free that howls to her family? Have you ever rode in a sleigh bundled in furs from head to toe, pulled by dogs fast or slow? Have you ever seen the Aurora in the sky waving soft colors of green and pink and purple and white? Mardy Murie did! Mardy Murie was a conservationist of wildlife and animals in Alaska, and the wilderness in Grand Teton National Park. She became active in the Wilderness Act of 1964, and the creation of the Arctic National Refuge. Mardy Murie spent her life taking special care of the land, the trees, the air, and preserving wildlife. She was recognized with many awards and medals. This biography about the grandmother of conservation is beautifully illustrated in full color pages that will inspire young readers to see the beauty of the wild and the free. See this book listed in our catalog

An inspirational true story about my favorite type of hero: one who sees a big problem and finds “small” ways to set things right, Planting the Trees of Kenya by Claire A. Nivola is a great way to start a conservation conversation with your children! Wangari Maathai grew up in the mountainous highlands of Kenya, where she learned love and respect for the natural world in all its “simple” beauty. When she returns after attending college in the U.S., she is shocked and saddened by the ecologically damaged landscape of her homeland. She begins teaching her neighbors how to preserve the few trees that are left by saving seeds and planting seedlings. With time, hope, and tireless persistence, her efforts eventually grew to include her entire country and all its people, motivating people around the world to follow her example. This heartwarming tale beautifully demonstrates the concept of “everyday” heroism. Using simple language and luminous watercolor illustrations, Nivola brilliantly showcases Wangari Maathai’s life-long message of environmental responsibility. See this book listed in our catalog

Finally the book we’ve all been waiting for! A biography of Gertrude Stein for children! Seriously, when I first saw Getrude is Gertrude is Gertrude is Gertrude by Jonah Winter, illustrated by Calef Brown, I wondered “Is this really necessary?” But I found it to be a wonderful, kid-friendly, and interesting story. Gertrude Stein is known for her poetry (which inspires the title and text of Gertrude), her friendship with many avant-garde modern artists such as Picasso and Hemingway, her long-time companionship with Alice B. Toklas (which is summed up gracefully with “Gertrude and Alice are Gertrude and Alice”) and her poodle, Basket! 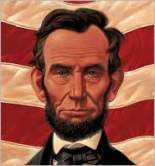 There’s probably no historical figure I find more admirable than Abraham Lincoln. That explains why I love Abe’s Honest Words by Doreen Rappaport, featuring illustrations by the fabulous Kadir Nelson. This is a lovely juvenile biography of our sixteenth president, who had the unenviable job of leading our country through, and out, of the Civil War. Rappaport treats us to Lincoln’s life story–his upbringing after the death of his mother, his love for reading and writing, his election and presidency, to his tragic assasination–insterspliced with his own words. The book is a touching tribute to the man who wrote “If slavery is not wrong, nothing is wrong. I cannot remember when I did not so think, and feel.”