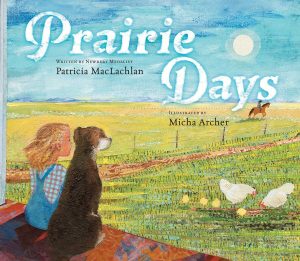 From Newbery-award winning author of the Sarah, Plain and Tall series, Patricia MacLachlan brings another gem.  Ms. MacLachlan reminisces of life on the mid-west farm of yesteryear.  She paints a kaleidoscope of sensory images for the mind, from orange sunrises, to her mother’s wild roses, cold drinks from lift-top tanks at the store, to riding a grain-filled wagons to the railroad. Moreover, Micha Archer has created gorgeous illustrations with use of many-patterned collages.  Her pictures are like beautiful quilts, stitching together Patricia MacLachlan’s tale of playing kick-the-can, herding fluffy sheep, and dozing work dogs on front porches.

Having lived only in coastal states, I soaked up this account of a quieter, simpler time on the prairie.  If you enjoyed Laura Ingalls Wilder’s Little House on the Prairie series, you will probably delight in this picture book snapshot of rural life.

And you can find Prairie Days in the catalog here! 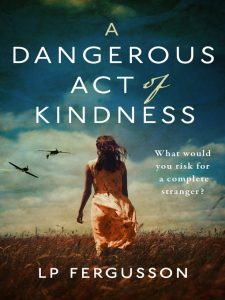