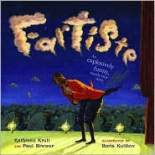 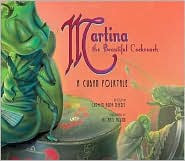 Martina the Beautiful Cockroach is a Cuban folktale, retold here by Carmen Agra Deedy, with lovely illustrations by Michael Austin. When Martina Josefina Catalina Cucaracha, most eligible of bachelorette pests, begins searching for a husband, her grandmother teaches her “the coffee test.” When a suitor comes to call, Martina spills the hot beverage all over their shoes. How they react will give her insight into how quick to anger they might be in marriage. Martina doesn’t hesitate to pour coffee all over the arrogant rooster, the hygenically challenged pig, and the sneaky lizard, but what happens when she falls for meek mouse gardener Perez? Perhaps he has a surprise in store for her…

Zigazak! A Magical Hanukkah Night by Eric A. Kimmel is a story about two devils (who are actually pretty cute) who arrive at a town called Brisk during the Jewish festival of Hanukkah to create some mischief. They peek into the townspeople’s windows. Families are spinning dreidels, frying latkes, and lighting candles. “Zigazak” the devils cry, and suddenly the dreidels sprout arms and legs, the latkes go flying through the kitchen, and fireworks shoot out from the candles! Can Brisk’s Rabbi put a stop to their disruptive pranks? Find out in Zigazak! The book also features charming illustrations by Jon Goodell, and introduces children to the Kabbalistic concept of Tikkun olam which presupposes there are sparks of holiness in everything (even little devils)! 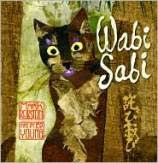