Gideon the Ninth by Tamsyn Muir
Format: Book
Who it’s for: Adults

Gideon the Ninth, book one of The Locked Tomb Trilogy, is a wild ride. The book is dark, imaginative, and fresh. Part fantasy and part science fiction, the book follows the heirs of the Nine Houses who have been selected by their god, the King Undying, to take part in a trial to join his group of immortal Saints and their personal knights, or Cavaliers.

The main character of the novel is Gideon, an indentured servant of the Ninth House, who is more comfortable with a sword than necromantic magic. Gideon has spent her entire life trying to escape the frozen planet of death where she was raised, and her future of eternal servitude as a reanimated skeleton.

Her chance arrives when her childhood rival, enemy, and ruler, Harrow, the Reverend Daughter of the Ninth House and greatest bone witch to be born of the Ninth House, forces her to serve as her Cavalier. Gideon must protect and serve Harrow during the trial. If Harrow succeeds, she becomes an immortal disciple of the King Undying, and Gideon earns her freedom. However, Harrow and Gideon must first keep from murdering one another.

The book is both dark and hilarious. Who knew violence, tragedy, and a whole lot of bones could be so funny? It is also one of the best examples of enemies to…well, something approaching love at least.

Necromancers in space, what more can I say?

The second book in the trilogy, Harrow the Ninth, came out in August 2020. 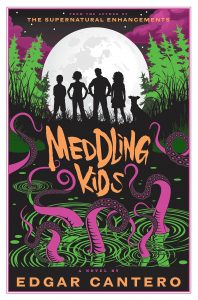 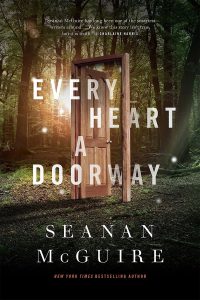 Every Heart a Doorway by Seanan McGuire
Format: Book
Who it’s for: Adults, Teens

There are a lot of stories about children unexpectedly finding doorways to other worlds, like Alice in Wonderland, or the Chronicles of Narnia. There are also a lot of stories, sad stories in the news occasionally, about children who disappear without a trace, never to be seen again. What if there was a correlation between these stories? What if children really were stumbling through magical doorways all the time? What if some never return from those worlds, and those that do come back with such fantastic tales, they can only be accepted as fiction?

For those who return from their magical lands, our world, the “real” world, is difficult to re-acclimate to, and for them there is a special school, Eleanor West’s Home for Wayward Children, where they can process what happened to them. This is where 17 year old Nancy Whitman finds herself upon returning from the Halls of the Dead. She longs to go back, where the Lord and Lady of the Dead rule over their underworld wisely and justly, while she serves them stilly and silently. She’s not alone in hoping to one day find another doorway leading back “home.” Though Nancy’s found kindred spirits at her new school, all is not well, and when a fellow student turns up dead, an incredible mystery begins to unfold.

I would recommend this to adult or teen readers interested in fantasy, horror, or mystery, but preferably all three, and if you like it, there are more books in the “Wayward Children” series. See Every Heart a Doorway in our catalog. 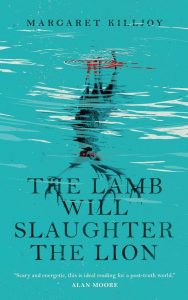 The Lamb Will Slaughter the Lion by Margaret Killjoy
Format: Book
Who it’s for: Adults

Danielle Cain’s best friend has suddenly, and without explanation, killed himself. She’s distraught, and she wants answers. She travels to her friend’s last known whereabouts: Freedom, Iowa, to discover a commune of individuals like herself: free spirits, artists, outcasts, punks… and spell casters?

It appears the residents of Freedom have summoned an otherworldly being, a red deer with three antlers, to protect their home, but now it’s turned upon them, with deadly consequences. Magic is real, people are in danger, and somewhere in all of this may lie the answers to Danielle’s questions about her friend’s suicide.

This book is filled with mystery, suspense, and interesting characters. I found it intriguing and difficult to put down, having never read anything like it before. I recommend it to adult or mature teen readers who are looking for something unique to read, and if you like it there is a sequel! Find this book in our catalog 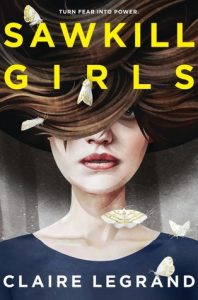 “Beware of the woods and the dark, dank deep. He’ll follow you home and won’t let you sleep…”

23 girls have disappeared from Sawkill Rock when Marion moves to the island with her mother and beautiful sister. 23 girls, and no one has any idea what happened to Zoey’s best friend Thora. 23 girls, and Val is hiding a nasty secret that could tear her apart from the inside out.

This young adult horror story follows three girls as they discover the terrifying secrets that are hidden on their island and if there is truth to Sawkill’s whispered ghost stories.

Sawkill Girls is a great book for those who want a dark, creepy read without the threat of nightmares afterward. Legrand merges the horror and fantasy genres seamlessly to create a story that is absolutely mesmerizing from beginning to end. The story twists from average high school drama, to a complete nightmare, and then back again in a mesmerizing way. She pushes you to the brink of terror and then pulls you back before it becomes too much to handle.

Marion, Zoey and Val are three imperfect, sometimes unlikable, characters that portray strength and ferocity in the face of loss and terror. The idea that strong female friendships can conquer even the most disturbing events is present throughout and creates a fierce girl power message that elevates the book from a good horror story to an inspiring and timely novel.

Locke and Key Vol. 1: Welcome to Lovecraft by Joe Hill and Gabriel Rodríguez
Format: Graphic Novel
Who it’s for: Adults

The Locke family are keepers of magic keys that can do amazing things. The keys are kept safe in the Locke ancestral home of Keyhouse, by a rule that only innocent children can discover their magic, and forget it once they become corruptible adults. A malevolent creature called Dodge seeks the keys for nefarious purposes and the only thing standing between Dodge and those evil machinations are the current Locke children: teenagers Tyler and Kinsey, and their younger sibling Bode.

This is just the beginning of a six volume saga that is part horror, part fantasy, and part family drama. The Locke and Key series is great for any fans of Stranger Things, It, Twin Peaks, or H.P. Lovecraft. The books do feature scenes of violence, gore, abuse, and addiction, so I would only recommend them to adults, or mature teens. The series is also available on audio, with a stellar cast of voice actors, sound effects, and a haunting score. Find Locke and Key in our catalog