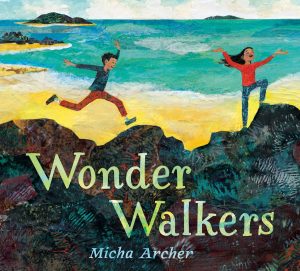 Do you enjoy going for nature walks? Do you explore and ask yourself questions about the world around you? If so, I suggest you treat yourself to this book! Wonder Walkers is gorgeously illustrated with collages and sprinkled with delightful questions.  Two children go for  a walk and delight in what they discover.  Are you looking for a book to read and discuss with a young person?  Consider this one! Whether you often traverse outdoors or enjoy beauty from afar, this is a great pick for readers of all ages! 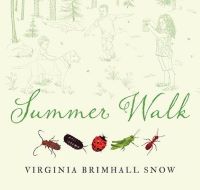 Are you looking for an engaging read that not only sparks your child’s imagination but gets their body moving?   With these times of social distancing and isolation it can be difficult to find safe, fun ways for our littles, and no so littles, to connect with the outside world.

In Summer Walk, we have a rhyming tale of a summer adventure shared between Grammy and her grandkids.  The story walks us along as they discover and identify 24 insects.  The detailed pencil sketches of this family unit form an intricate backdrop for the bold and colorful featured insects.  Following the story, there are fun insect facts, as well as, a nature themed craft and activity you and your child can do together.  They become the perfect learning extensions when you get back from your own Summer walk.

I love this book not only because it is a doorway to the outdoors which seamlessly melds learning with doing, but because it reminds me of my own children and the time they spent making memories with their Grammy.

Find it in the catalog , check it out and begin making your own summer memories today!

A terrarium might just look like a jar of dirt and a few plants, and fundamentally…it is. But with a few extras and a bit of creativity, a terrarium can be a miniature world you can create yourself.

Terrarium Craft provides inspiration to help you create your own terrarium. The book explores four themes  (forest, beach, desert, and fantasy) and each entry comes with step-by-step instructions explaining how to assemble and care for your terrarium accompanied by beautiful photography.

What I liked most about the book is that that the authors’ creations are from found and recycled materials. This book shows how to create beautiful scenes from within a variety of glass objects you may have around the house or something you will be able to pick up at a thrift store. The authors provide good instructions for choosing containers and explains planting materials to help you create the healthiest environment for your new plants.

Available in the Catalog and on Hoopla Digital for instant download! 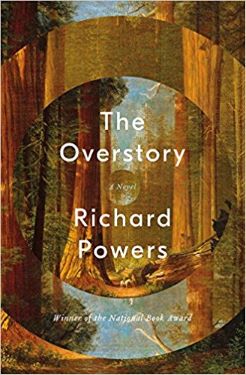 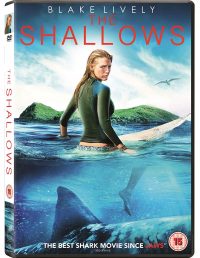 The Shallows
Format: DVD
Who its for: Adults and Teens

In the movie The Shallows, despite the danger of surfing alone, Nancy decides to hit the waves. When a great white shark suddenly attacks, Nancy is forced to swim to a giant rock for safety. Left injured and stranded 200 yards from shore, Nancy must fight for her life as the deadly predator circles her in its feeding ground.

The Shallows sets the bar for what a shark attack thriller can be. Marketed as horror film, the movie is largely grounded in survival drama but also fantastical in its action and suspense. One of the things I appreciated most about this movie is that it gave the shark a purpose, a reason for its aggression that is almost believable.  I preferred this to the more common idea that sharks are mindless, bloodthirsty monsters (that roar?  I’m looking at you, Jaws).  Not to mention, the cinematography used in this movie is just…pretty. While you’re sweating on the edge of your seat, holding tight to your limbs, be sure to enjoy the vibrant colors and slow motion effects that make the film both terrifying and aesthetically pleasing.  Other than the CGI shark, Blake Lively’s performance is easily the best in the movie (of course she is pretty much the only person in the movie so that isn’t saying much).  If you’re feeling brave, dip your toes in and check out The Shallows. Find it in the catalog. 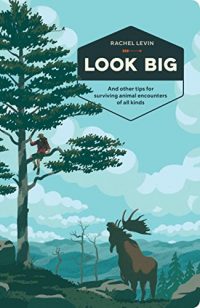 Look Big: And Other Tips for Surviving Animal Encounters of All Kinds
Format: Book
Who it’s for: Teens and Adults

This easily-skimmable, illustrated wildlife survival guide, both humorous and helpful, explains what to do (or not do) in a showdown with 50 of the most feared and frustrating of North America’s creatures and critters.  As humans encroach on nature’s stomping ground, these run-ins are becoming increasingly common.  From bunnies to bull sharks, cockroaches to cows, this guide is handy for urban, suburban, and outdoor adventurers alike.  The readers can feel empowered to contain a major critter crisis or diffuse a dangerous disaster as each page contains expert tips, fascinating facts, and harrowing true tales of real-life encounters.  What I’ve learned: never turn your back on a goose, assume every moose is a serial killer, and if the mountain lion attacks, “give ’em hell.” Find it in the catalog.