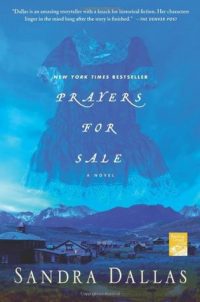 Prayers for Sale  by Sandra Dallas
Format: Book
Who it’s for: Adults

“Prayers for Sale is one of Sandra Dallas’s most popular novels.  Eighty-six-year-old Hennie Comfort tells us the story of her last months in the mining community of Middle Swan, Colorado in 1936. She is a widow and her daughter wishes for her to move to Illinois before the snows come. Hennie forms a friendship with a young newlywed girl named Nit Spindle who has recently moved to the Rocky Mountain town.  Nit sees the sign outside of Hennie’s fence that states “Prayers for Sale.”  Hennie does not actually sell prayers but will invite a person in to hear the story of the sign.  Hennie also has a quilting group who meets at her house. She invites Nit to attend and we meet more women from the community. As the story progresses, Hennie tells Nit many stories about her life and the people in the town.  This is a story about these two women’s friendship, their relationships, plus the everyday life and drama that comes with being a mining town in 1936 in the aftermath of the Great Depression.” -Goodreads and Publisher blurb

I had previously read another novel by Dallas and was not too impressed. I decided to try this one because it is the reason Sandra Dallas came on my radar and why her books are on my TBR (to-be-read) list.  I liked the narrator, 86-year-old Hennie Comfort, and the way she told stories. I also liked the historical aspects, the descriptions of mining and life in high-country Colorado 1936. Dallas did not bog down the novel with copious details but enough to get a very good idea of the way things worked in that era.  The other people in the town and their stories were also very interesting, not just filler.  This is a quick read that at times produced surprisingly strong emotions.  I like this book enough to try her other very popular novel, Tallgrass. I would recommended Prayers for Sale for people who like a slower paced novel with historical elements that is mainly focused on women’s relationships. 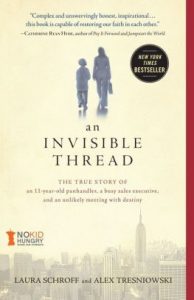