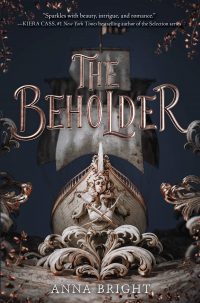 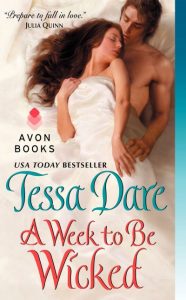 A Week to Be Wicked by Tessa Dare
Format: Book, eBook, Digital Audiobook
Who it’s for: Adults

Minerva “Min” Highwood has a problem—she needs to be in Scotland posthaste to present her newest fossil discovery at a geological conference, but as an unmarried woman, she can’t make the trip alone. Lord Colin Payne wants to leave the secluded town where they both live, but has no means to do so until he comes into his inheritance on his next birthday. So, what are a scholarly spinster and debonair playboy to do? Why pretend to elope, of course! At the onset of the trip, they both claim no romantic interest in one another whatsoever, but seven long days in extremely close quarters just might change their minds. A Week to Be Wicked is the second installment in Tessa Dare’s “Spindle Cove” series and the rest of the books come just as highly recommended. 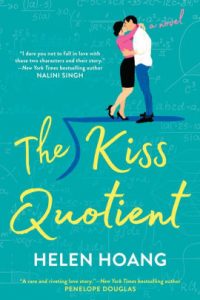 Stella Lane doesn’t have much experience with men. A brilliant econometrist, she has devoted all of her time and energy to her career. She is a genius with numbers but love is a mystery. Now, at thirty years old she is under increasing pressure from her mother to marry. Stella knows she needs to get some more experience in the romance department but she also has Asperger’s and often finds herself saying the wrong thing at the wrong time and driving people away.

How else could she possibly learn the secrets of romance? The most logical conclusion is clearly to hire a professional escort.

Michael Phan is a gorgeous Swedish Vietnamese escort by night, tailor by day who helps Stella work through her itemized list of girlfriend lessons. Checking off one steamy box at a time, he also helps her realize that she never needed professional help to become a great partner. With encouragement from the right guy, she learns to enjoy romance and navigate such terrifying situations as family dinners and casual conversation. This endearing story is a great read to curl up with this fall! Find it in the Catalog. 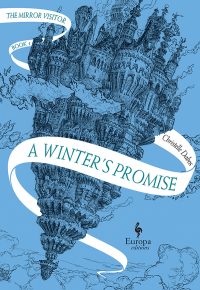 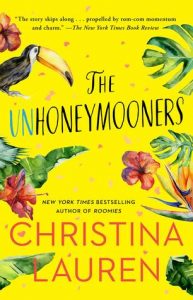 The Unhoneymooners by Christina Lauren
Format: Book
Who it’s for: Adults

Olive and her twin Ami are identical in looks but completely the opposite in luck. Ami met the perfect guy, has the perfect wedding which she won and financed through internet contests and is all set to go on the perfect honeymoon (another contest win). Olive, on the other hand, lost her job, has no love life to speak of, and has a tendency to ruin anything she touches. So when Olive is only one of two people to not get horribly debilitating food poisoning from the free seafood buffet at Ami’s wedding (there was a silver lining to that life-threatening seafood allergy after all) it seems like her luck is changing. After all, she will get to go on the honeymoon trip in Ami’s place and spend a week relaxing at a tropical resort. But soon Olive learns that the other person to come away from the meal unscathed is her new brother-in-law and mortal enemy, Ethan. Ami’s husband insists that Ethan take his place on the trip, so now Olive and Ethan will be forced to spend a week in paradise together, filled with rage and hate. Though, perhaps with some heat and hijinks his hating pair might become something entirely different. Check out The Unhoneymooners by Christina Lauren for a funny and sexy story of falling for the last person on earth you’d ever want to date. Find it in the catalog

In Another Time by Jillian Cantor
Format: Book
Who’s it For: Adults

“Where am I?” Hannalie Ginsberg awoke in a deserted field one starry night.  She clutched her precious violin to her chest.  “Where’s Max?”  The last thing she remembered, Hanna was playing her violin for Max in his workshop.  Hanna stumbled along until she came upon a church.  “It’s unlocked!”  Hanna quietly entered.  “Hello?”  When no one replied, Hanna curled up on a pew and succumbed to the familiarity of slumber.

The gentle hand of a nun, Sister Louisa, roused her later.  “Where am I?” asked Hanna.  “What?  My Germany’s been at war?  Hitler’s dead?”  After Sister Louisa drove Hanna to Berlin, a doctor diagnosed  her with “dissociative memory loss.”  Her memory of the past ten years was gone!  Hannah phoned her sister Julia who’d moved with her family to London before the war.  “I’m not dead!”  She phoned Max’s friends, Johann and Elsa.  They only knew that Max had left to find Hanna.  Hanna joined Julia in London.  She had her violin.  She had her family.  Now where was Max?

I was very moved by this poignant tale of romance set in two different times. Max described how he met Hanna, the girl who played the violin with fire, before the war.  He wooed her with books from his bookshop.  Hanna described her life after the war, her quest to find Max.  Although Hanna was Jewish and Max was not, they were united in their love for each other.  Yet Max hid a secret in his bookshop.  Moreover, Max couldn’t stop himself from coming to the aid of his Jewish neighbors.  What would Max’s secret cost him and Hanna?

It’s available as a book or downloadable with Overdrive!