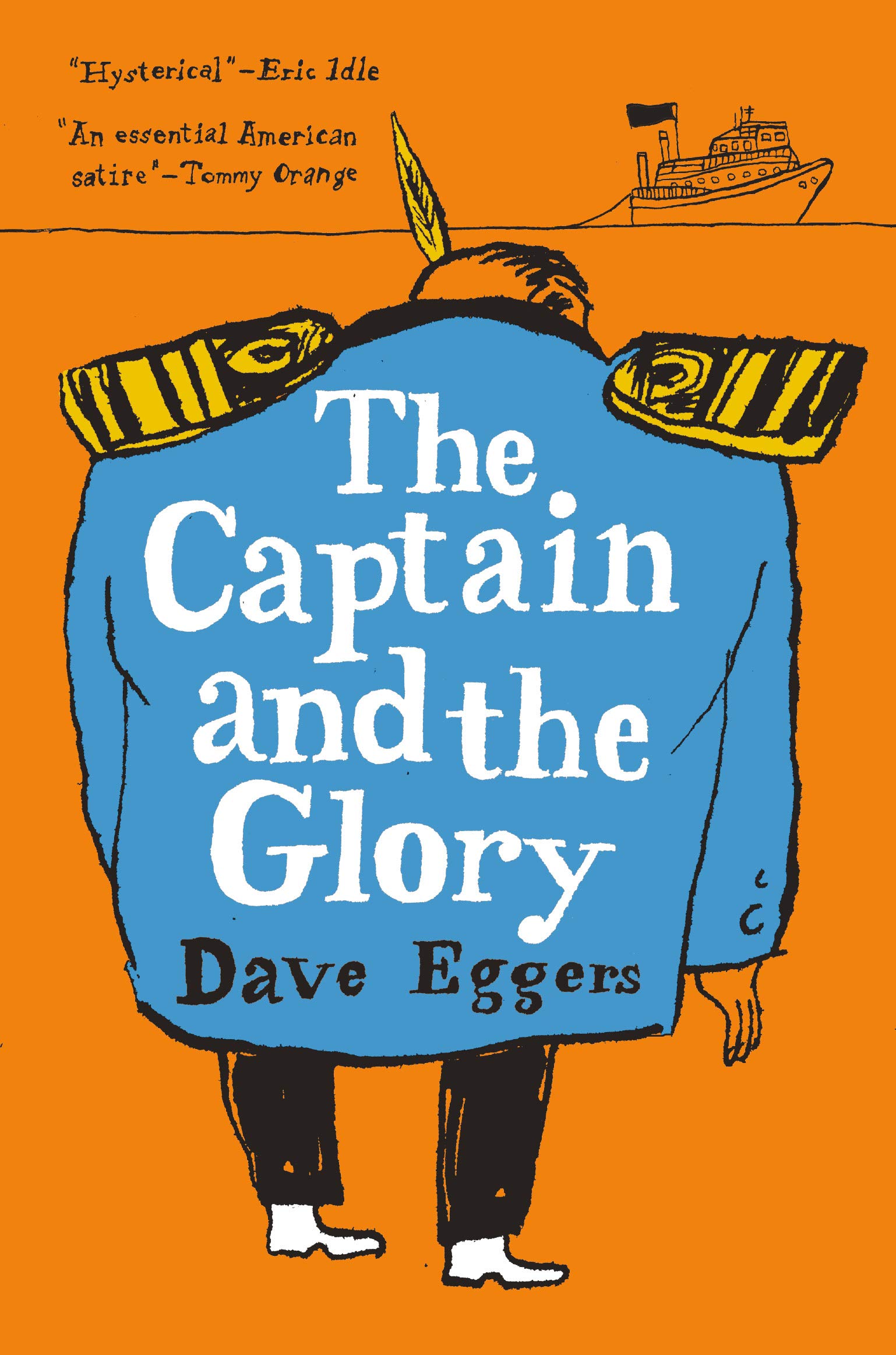 The Captain and the Glory: An Entertainment
Format: Book
Who’s it for: Adult

The Glory was a massive and beautiful ship that housed people from all over the world.  Led by a brave, noble captain it welcomed any displaced people found at sea with open arms, knowing that in their diversity they would find the strength needed to continue on course.  The Glory stood for something greater than a ship.  It stood for opportunity and understanding and was a beacon of hope to the rest of the ships of the ocean.  It inspired whole generations to be good people and to respect their fellow human beings.

Then one day, after the brave and noble captain died, it became time to choose another captain.  When the ship’s scholars were busy debating how to choose the next captain a man with a yellow feather in his hair stepped forward and shouted: “Make me captain!”

“Should we pick someone who has extensive nautical knowledge?” asked an older man.

The man with the yellow feather in his hair had no experience running a ship of any kind, no nautical knowledge whatsoever.  Still, he yelled: “Make me captain!”

“Should the next captain be someone that served in the military, someone who risked their life to protect our ship against raids led by the Pirate King?” another scholar suggested.

The man with the yellow feather had never served in the military.  In fact, during the last great pirate raid, he hid in the boiler room thumbing through adult magazines.  Yet he continued to shout: “Make me captain!”

“Maybe our next captain should be chosen by how much they extoll the virtues of our mighty ship?  By how much they know and respect our many laws and ideals?” a small girl recommended.

The man with the yellow feather had seemingly no knowledge whatsoever of what the Glory stood for.  In fact, he had spent much of his life arguing against many of the most revered ideals of the Glory, often directly besmirching the character of almost every captain that had served before. He even spent months loudly arguing that the previous captain hadn’t been born on the ship.  Although there was no sane reason to take the man with the yellow feather in his hair seriously, he still shouted: “Make me captain!”

“Oh! We should pick the next captain based on how well they treat their fellow human beings!” a woman offered.

This is the story of how the man with the yellow feather became the next captain of the Glory, and what it did to its people and the ideals that the Glory stood for.

The Captain and the Glory: An Entertainment, by Dave Eggers, is an excellent book about life at sea and any similarities the reader finds with the man with the yellow feather in his hair and the current American president are purely coincidental.