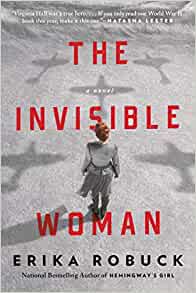 The Invisible Woman by Erika Robuck
Format:  Digital Audiobook
Who it’s for:  Adults

This is a historical novel about an American woman named Virginia Hall, and her work as a secret agent during World War II.  Leading up to the war, Hall worked as an embassy secretary and desperately wanted to get into the American Foreign Service.  Not only was it rare for women to be accepted into the AFSA at the time, but rules were in place that forbid hiring people with disabilities as diplomats.  At the age of 27, Hall had accidentally shot herself in the left foot while hunting birds.  Her leg had been amputated below the knee and she wore a wooden prosthesis.

Virginia Hall eventually made her way to Europe as an ambulance driver for France, where she was recruited by the Special Operations Executive (SOE) in England.   She operated mainly out of France, where she was able to arrange contacts, assist intelligence agents, help British airmen who were shot down or had crashed over Europe, and help dozens escape France to neutral Spain and onward back to England.

After learning to become a wireless operator, Hall was contacted by the American Office of Strategic Services (OSS).  She was hired to train resistance groups in France called Maquis, so that they could support the Allied invasion of Normandy on June 6, 1944 with sabotage and guerrilla activities.  The Invisible Woman focuses on Hall’s work at this time (disguised as an old woman named Diane), and introduces us to the villagers, farmers, and housewives who risked their lives in support of Allied efforts.

For her efforts in France, Hall was awarded a Distinguished Service Cross in September, 1945, the only one awarded to a civilian woman in World War II.  Robuck brings to life the courage that some of the most obscure people demonstrated in order to defeat the Nazis. 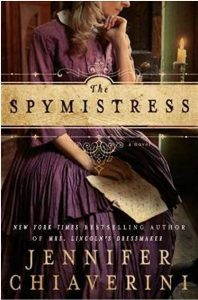 The Spymistress by Jennifer Chiaverini
Format: Book
Who’s It For: Teens and Adults

Elizabeth Van Lew is true to her southern roots. Yet when delegates in Richmond, Virginia vote to secede from the Union, Elizabeth cannot bear to contribute a stitch to Confederate sewing circles. How can Lizzie aid President Lincoln?

After hearing of bloodied battles, Lizzie discovers that local prisoners of war live in squalid conditions. The food is inadequate. Blankets are nearly nonexistent. Wounds are often left to fester and worsen. Intrepid and creative, Lizzie and her mother bake their way into the prison, bribing guards to reach those behind bars. Soon Lizzie is smuggling messages to and from imprisoned leaders.

As the war continues, Lizzie must protect her family from possible deadly repercussions.  She holds dinner parties for Confederate leaders to obscure her true allegiance.  She enlists the help of a freed black woman to ferret out military secrets within the Confederate president’s home. Lizzie and her mother have a secret room built in their mansion.  They temporarily house runaway prisoners and slaves. Also, Elizabeth is introduced to a network of other spies in Richmond.  Together, they smuggle, confound, and plot for the sake of the Union.

Although this is a fictionalized account, Elizabeth Van Lew was an actual person in history. Through her eyes, the reader experiences this unique time in which our country was fiercely divided in its loyalties and devastatingly bloody in its consequences.

And look!  It’s in our catalog! 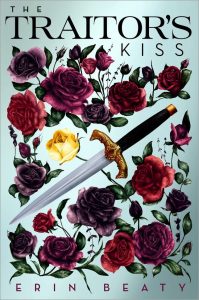 The Alice Network by Kate Quinn
Format: Book
Who it’s for: Adults

This story has all the elements I love…history, mystery, romance, strong women and spies!  Eve Gardiner was a spy in France during World War I.  After World War II, Charlie St. Clair is searching for her cousin Rose who disappeared in France during the war.  In order to find her cousin, Charlie seeks help from Eve.  Reluctantly, Eve decides to help but it brings back memories of the war and her involvement in the Alice Network, a network of women spies.  The story jumps between Eve’s memories in 1915 and the search for Charlie’s cousin in 1947.  What happened to the Alice Network after World War I?  Was Charlie’s cousin, Rose, a spy and member of the Alice Network during World War II?  And, what exactly happened to Eve that has made her a mean old woman?