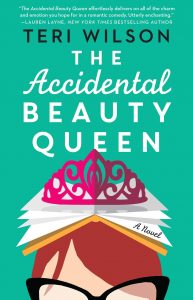 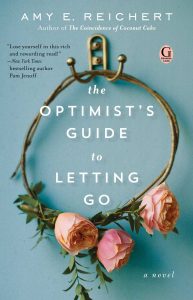 The Optimist’s Guide to Letting Go by Amy E. Reichert
Format: Book
Who it’s for: Adults

The Optimist’s Guide to Letting Go is a touching story that follows three generations of women as they all deal with grief in their own way. The “middle” generation is represented by Gina, a food truck owner still reeling from her husband’s unexpected death while also helping her daughter May cope with her own loss. Just when Gina thinks she and May might be recovering and mending their fractured relationship, Gina’s mother Lorraine suffers a debilitating stroke. In the process of helping her mother heal, Gina slowly discovers a secret Lorraine has fought to keep hidden for decades. All of Reichert’s titles are simply delightful and highly recommended!
Find it in the catalog